The search for Minnie, part 1 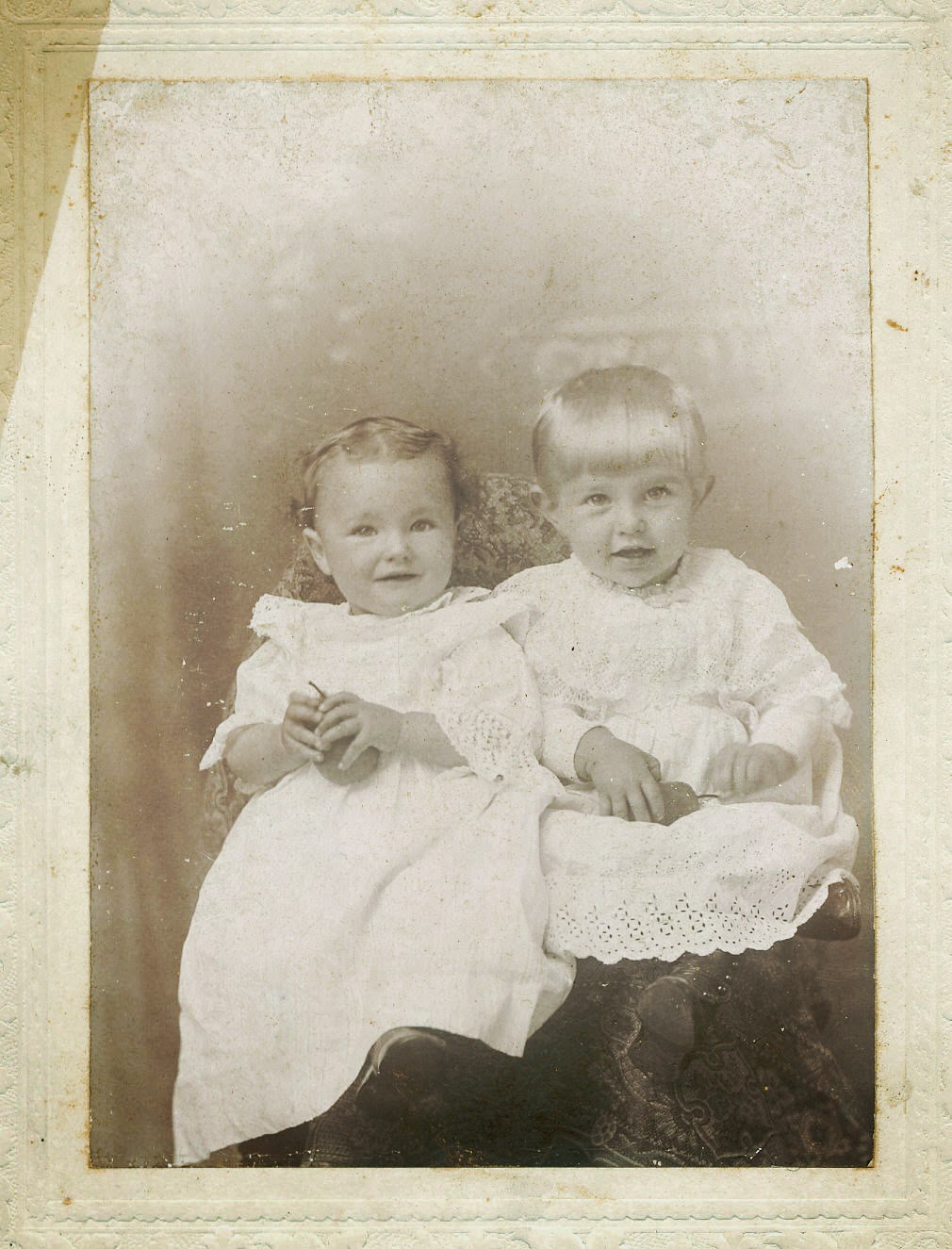 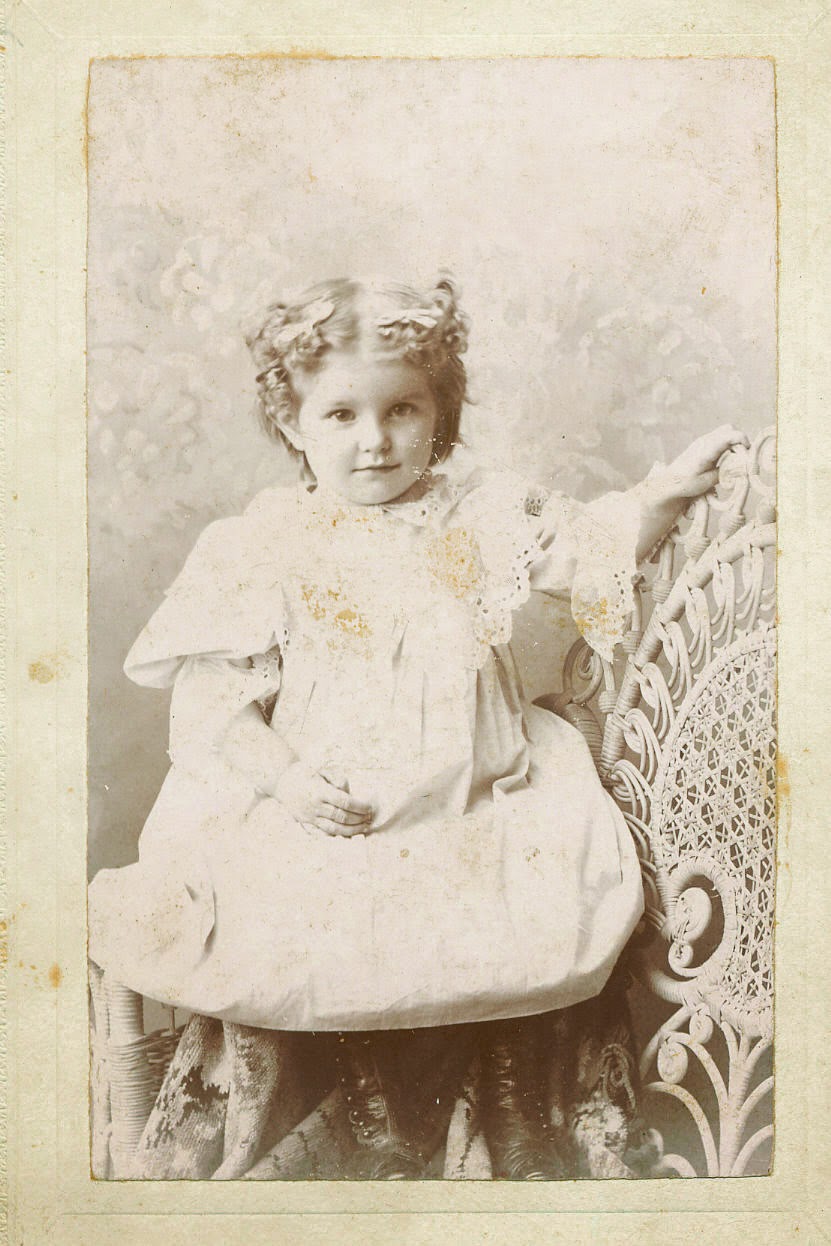 I don’t know if other genealogists do this, but I have “favorites” in my family tree.  They tell you as a mother you should not have favorites among your children, but I definitely have them among the family members I research, and even among some clients’ ancestors.  They are those people to whom you feel an inexplicable connection that you can’t describe or understand.   They sometimes gently nudge you from the great beyond in the general direction of where to find information about them.  It’s as if they don’t want to be forgotten, and have chosen you to be the vehicle to convey that to the mortal world.
One such person was Minnie, a little girl who was some relation to my great great grandfather, David Jackson.  A picture of her was among a large collection of artifacts that I inherited from my grandparents, David and Ruth Coffin.  The picture was simply labeled “Minnie”, written on the back.  Another picture showing 2 little toddler girls was labeled “Florence and Minnie”.  Florence, I knew, was one of my grandfather’s three sisters, but neither of the other 2 was named Minnie.  So from the pictures, I could surmise that Minnie and Florence were around the same age, and were probably some close relation.
Over the years I continued to wonder about Minnie.  I wrote to various distant family members who were in this same family, seeking out information on their relatives, thinking maybe someday Minnie might be mentioned.  In 1999, I received a letter from a second cousin of my mother’s, Burt Wolfe, in Edinburg, TX.  He enclosed what he knew about the family history, and that included a third photo of the mysterious Minnie- this one of her lying in a coffin.  He also enclosed what had been written on the back of the photo, which identified Minnie once and for all.
Minnie’s last name was Wolfe, and she was the daughter of my great grandmother’s sister, Emma (Jackson) Wolfe.  Emma also had two other children with her first husband, Clarence Wolfe, named Edith and Adelbert.  Adelbert was the father of the second cousin from Edinburg, TX.  Adelbert had written on the back of the photo of Minnie in the coffin, describing what had happened to her.  Apparently, someone had put a snowball down her back on her way home from school one day.  She contracted pneumonia from this practical joke, and died at the age of 14.  Further information given stated that she was living with her uncle Titus Decker at the time this occurred.
The Wolfe family was split apart before 1900, when Emma’s husband Clarence Wolfe kissed his son goodbye and disappeared.  Emma must have had to go to work to support herself and her family, so her children lived with various relatives in different towns in the area- Livingstonville, Preston Hollow, Catskill, etc.  Titus Decker was actually Minnie’s great uncle- the brother of her grandmother, Mary (Decker) Jackson.  He and his wife Lucina were childless.
So the facts known about Minnie were that she was the daughter of Emma Jackson and Clarence Wolfe, she had two siblings Edith and Adelbert, she was approximately the same age as her cousin Florence Coffin (born in 1895), she lived with her great aunt and uncle Titus and Lucina Decker, and that she died at the age of 14.
Next week: using the known facts to find Minnie’s final resting place
Posted by Lisa at 9:33 AM