Last summer I moved my mother out of the condo she had resided in for 10 years into a smaller “independent living” apartment.  In years prior, I had moved both her and my grandmother out of homes they had lived in for 40+ years.  These types of moves conjure up all kinds of emotions- sadness, nostalgia, anger, apprehension, dread.  Contemplating this got me thinking about how such a move can really be an opportunity to more deeply explore our family history, and the role the places we live play in it.
A house becomes so much more than 4 walls and a roof as our families grow inside it.  It transforms into the place that we think of as the keeper of the memories- newlyweds setting up housekeeping, bringing baby home from the hospital, birthday parties, homework sessions at the kitchen table, bumps and bruises, accidents and injuries, backyard barbecues, proms, weddings.  The cycles of everyday life and the flurry of important milestones all take place with the house as a backdrop.  If the walls could talk, the stories they could tell!
But walls can’t talk, so we have to do the talking for them.  Cleaning out a parents’ home can be an opportunity to find the documentation of all these memories and take steps to preserve them, so the legacy of the home can be passed down through the generations.  We may never again pass through the doors of the house, but the home continues to be alive in our memories.  Many years from now when someone drives by the house, which may be greatly altered, they can smile and recall the stories that have been carefully preserved and passed down. 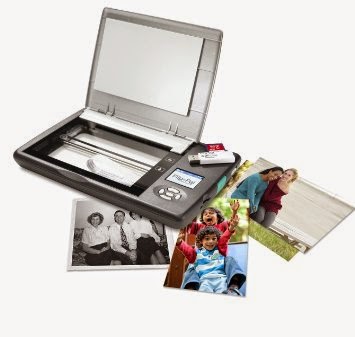 There are bound to boxes and boxes of pictures that capture those special times in that very special place.  Now is the time to develop a system for digitizing them- software and scanners are developing and changing at a very fast rate.  One product I own which I heartedly endorse for both its convenience and performance is a Flip-Pal Mobile Scanner.  It’s a small flatbed scanner that runs on batteries and scans everything to an SD card that can be easily transferred to a computer.  It’s great for scanning things on the go, and can be purchased on Amazon.  There are so many options for software that edits and organizes digital photo files that certainly there would be one that would fit your budget, time constraints, and technological capability.  I use the free software offered by Google called Picasa.  It’s basic features make it easy to edit and organize your digital photo files.
Once you have them scanned, share them!  A great vehicle for this is starting a Facebook group.  I have had a group for descendants of my great great grandparents, Alfred and Lydia Spencer, for several years now.  This group includes 50-odd members from all over the country.  Some of us know each other, some of us have never met.  There’s nothing like posting an interesting old family photo to get a discussion going.  We have debates on who the people were, what occasion they were celebrating, whose home they were in.  Somehow remembering and reflecting on these people and places makes them feel like they are using Facebook right along with us in 2015!
Saying goodbye to a home that has meant so much over the years can be painful, but it can also be an opportunity to connect on a deeper level with the past.  As I get ready to leave my home of 24 years, I know the memories will stay with me, because I’ve got the tools to make it happen.
Posted by Lisa at 6:09 AM No comments: 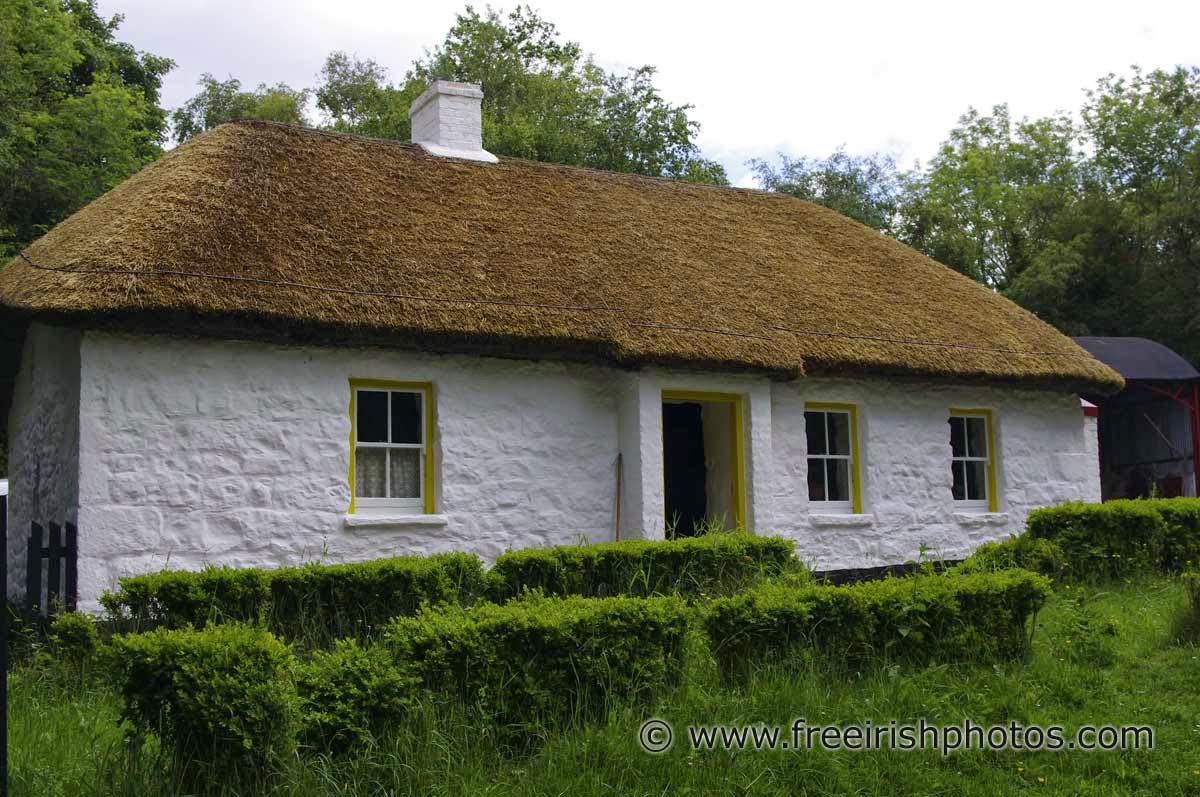 A farm that had 7 outbuildings seems fairly prosperous to me- I can only imagine what a “piggery” might look like!  I could not find any reference to the amount of acreage John had in 1901, but his father’s holding in 1853 amounted to 33 acres.  The terrain was very mountainous, and it’s very possible much of John’s land was used for purposes of animal grazing.  There is no mention on the census sheets of the animals he kept, but the report of his outbuildings indicates he had cattle, pigs and fowl.  He may have had some sort of dairy farm, and there was a well-known cheese industry that thrived in the foothills of the Slieve Bloom Mountains, where John’s farm was located.
Posted by Lisa at 7:38 AM 1 comment:


The house I live in was built in the early 1880’s by Daniel Morgan, an Irish immigrant from County Down.  He came to the United States in 1879 with his widowed mother Catherine.  It seems likely that he came to Castleton with a job already lined up, since he was able to marry, purchase land and build a home within a few years of arriving.
A lot can be learned about our ancestors by examining where they lived.  We can make guesses about their social class, their leisure activities, their diet, their likely choice of spouse, all kinds of things based on where they resided.  A variety of resources, both old-fashioned and high tech, exist to give us clues about the types of dwellings our family called home.
Many United States Federal census records include special schedules that include details about the farms people lived and worked on.  These “Agricultural Schedules” give details such as how many acres a property contained, how many outbuildings were on it, what types of crops were grown, how many and what farm animals lived there, and annual income.  These fascinating documents often get overlooked because they don’t contain much in the way of biographical information like their more “glamorous” counterparts, the population schedules.

The Agricultural schedule above, from 1880, gives details about the farm in the town of Broome, Schoharie County, New York where David Jackson, my great great grandfather lived.  The document states that he spent $37 on farm repairs during the previous year, that he only employed outside help for 2 weeks out of the year, and that he had 2 horses living on the farm on June 1, 1880.  I could probably surmise from this information that David owned a small farm which he mostly worked himself, calling in help only when he most needed it such as at harvest time.
Likewise, if your ancestor was a town dweller and owned a business, he might be found in the “Industry Schedules”.  These show details of all kinds of businesses, everything from the town blacksmith working his own shop to the textile mill owner who employed hundreds of people.
A friend’s ancestor, Thomas Talbot, was partner with his brother Charles in the North Billerica, Massachusetts business Talbot Mills, which manufactured flannel.  The Manufacturing Schedule below from 1860 shows the brothers had $75,000 invested in the business (which would be over $2 million in today’s money) and they employed 80 people.  One could imagine the Talbot brothers must have lived in the nicest area of Billerica, in palatial homes that had the latest of modern conveniences.  A city directory from 1860 might give us a street address, and we could view what the home looks like today on Google maps.  (more about that in later posts)

These special census schedules are available online via Ancestry.com and are accessed by choosing the community you are interested in, then browsing through the pages.  Remember that you don’t need an Ancestry subscription since Ancestry Library Edition is accessible in many local libraries.  Check your library’s website to see if they have it!
In 2 weeks, some surprisingly detailed  information from the Emerald Isle on our ancestors’ housing!
Posted by Lisa at 7:55 AM No comments: