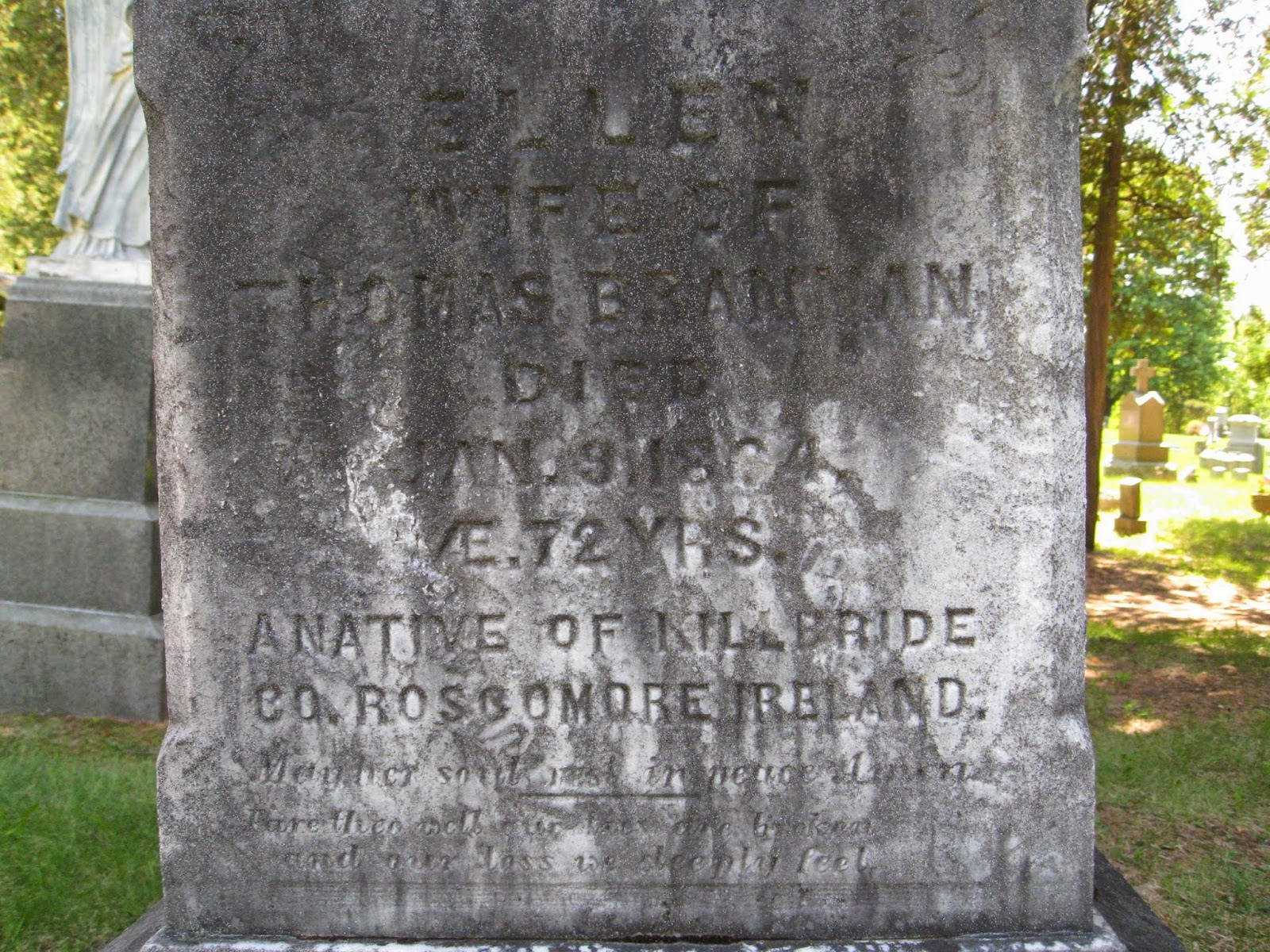 A few weeks ago I wrote about the confusion that can often arise from trying to decipher place names in Ireland.  The joy that accompanies a long-sought-after discovery of a hometown for our ancestor can sometimes be quickly replaced by frustration when that place can't be immediately found on a map.  At that point, it feels like being back at square one, with more research required to finally pin down that exact location, and hopefully utilize any records that exist to identify our family.  The luck of the Irish seems to be with us, thankfully, since more and more resources to help us identify place names are being made available.

A new resource, available on the website of the Irish Genealogical Research Society, can be a valuable tool in our quest to identify Irish places of origin.  The searchable database was compiled in 1904 using the returns of the 1901 Census of Ireland, the earliest complete census for the whole country available.  It contains the names of the more than 64,000 townlands known to exist in Ireland, and gives information about each one such as the area in acres, roods and perches, the county, barony and civil parish, plus notations from the census such as Superintendent Registrar's Districts (also known as Poor Law Unions), District Electoral Divisions, and DED numbers.  There are several ways to search which can help the user work around the misspellings they are likely to encounter.  You can type the beginning letters of a particular place, or any letters the name contains.  You can also do any exact search.

As an example, above is a tombstone from St. Mary's Cemetery in South Glens Falls, NY.  It lies right near my grandfather's stone, so I encounter it every year when I go to fill the planter there.  It often gives me a chuckle, knowing the obvious name mistake on it that jumps out at me.  But let's say that Ellen Brennan (Mrs. Thomas Brennan) was your ancestor and you had searched long and hard for evidence of where she came from in Ireland.  The stone reads "Ellen, wife of Thomas Brennan, died Jan. 9, 1864 at 72 years.  Native of Killbride, Co. Roscomore, Ireland"  So, you know there are 32 counties in Ireland.  This seems like a good place to start.  Consulting a map of Ireland, there is not one of them named "Roscomore".  The closest to that would be "Roscommon", and since there is nothing else anywhere near that spelling, let's assume that it's the correct county.

Next we turn to the 1901 Townland Database which can be searched at:  Index of townlands, 1901 Starting with a search on the name of the place exactly as it was spelled on the stone, choosing "exact" search and selecting Roscommon as the county, our search comes back with no results.  So, therefore "Killbride" is likely also misspelled.  Entering the first 3 letters of the townland (kil) and selecting "begins" with the County Roscommon yields a list of results of all the townlands in the county that begin with "Kil".  The sixth entry on the list is easily identified as the "Kilbride" likely referred to on the gravestone.  With the information provided in the results about the townland of Kilbride, we can then determine what records are available in that area for us to further research our ancestor Ellen Brennan.

Of course not all place name spellings (or misspellings) are as easily decipherable as this one.  Place names may have changed over time, may be known by a name only used by locals, spelled phonetically by whoever wrote them down, or badly anglicized from their original Irish spelling.  With new resources growing ever more sophisticated and at the same time more user-friendly, it's becoming much more possible to locate those elusive place of origin!