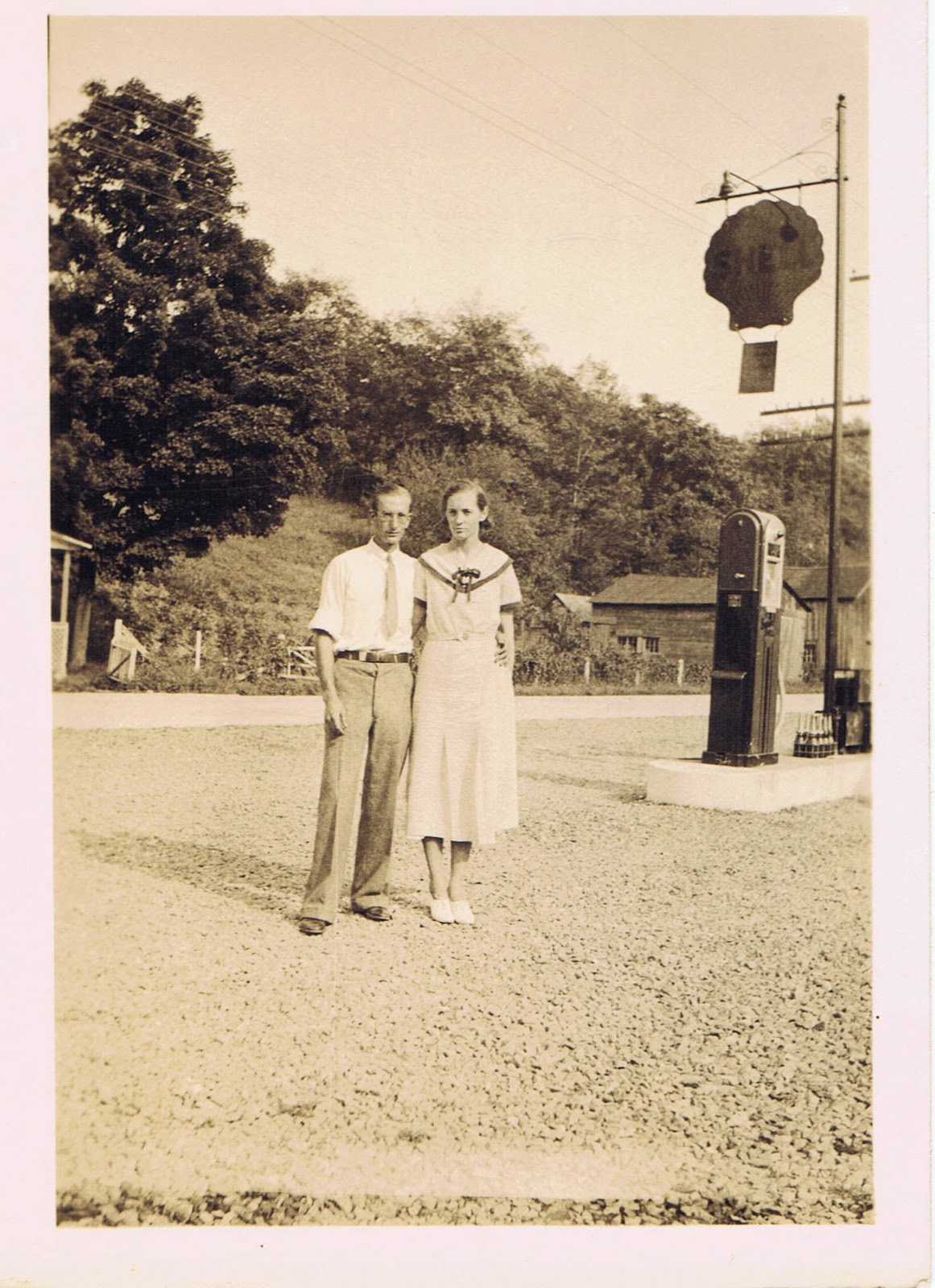 Another thing they saved were two years’ worth of letters  they wrote back and forth to each other during their courtship.  From time of their first date in October 1934 to after their marriage in July 1936, they corresponded faithfully, my grandfather from his family home in Middleburg, NY and my grandmother, first from Albany where she attended nursing school, then from her family home in Adams Center, NY.  Some family members and I are working on a project to make a book out of the letters, complete with photos, newspaper clippings and pop culture images.
Often I often think of “genealogy” in terms of the family members I never knew but want to find more information about.  Sometimes this narrow thinking causes me to neglect the family history that’s right in front of me.  We all regret that we did not ask the questions when the people who could have answered them were still with us.  These letters present a history of my grandparents that I never knew about, and it’s like they are answering the questions about what dating was like during the depression that we might have had if we had thought to ask.
Just because a relative was in our lives, doesn’t mean we knew that person, especially if they were brought up and lived a generation or two before us.  History doesn’t always mean colonial garb or an immigrant ship voyage.  Sometimes history, especially when it comes to family, can be as close as people who are familiar to us.  Just as the times we are living in will someday be history to our descendants, the everyday lives of those whom we knew before we knew them hold significance to the bigger picture of our family history.
The project status as of right now is that the letters have all been transcribed over the last couple of years by my aunt.  Now several people are proof reading them, and I am collecting pictures and memorabilia for inclusion in the finished product.  I’ll try to post an update on our progress now and then.
In the meantime, take a look around at some of the family stories you might be missing because they seem too obvious.  Your history might be as close as a phone call, a book on a shelf, or that box of papers you’ve been meaning to sift through.
Posted by Lisa at 6:18 AM